Assistance to establish
and run your SMSF

Support to enhance and maximise
your entitlements

Plan now for a seamless transition
to retirement

Generate the most from your
investment portfolio 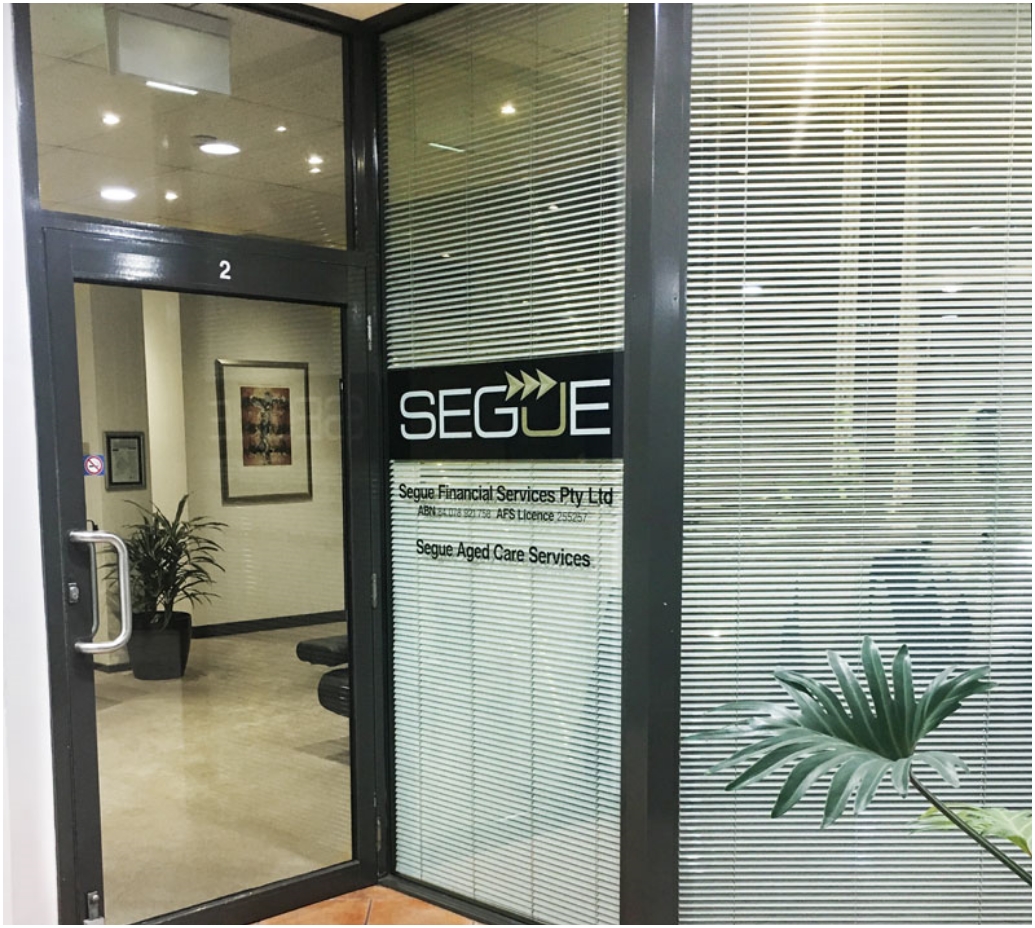 Segue Financial Services provide you with:

Our philosophy has always been to look after the client first and foremost.

Mum had Parkinson’s and went into a full care facility around 2005, Segue supported my father through the process from a financial and entitlement perspective. After she passed away they helped my father downsize from the family home to Stockland owned retirement village.

Unfortunately he was only there for about 15 months when he need to move to a permanent aged care facility. This is when my brothers and I became involved with Segue. Segue took us through Dad’s financial affairs, explained the Aged Care RAD/DAP/RAP/DAC. Fortunately our parents had followed the financial plans put in place by Segue and so Dad was secure financially to fund Aged Care and the various costs associated.

Segue really helped us grasp all the complexities of Aged Care from a financial and entitlements perspective. Dad became a resident of an Aged Care facility in Frankston. When Dad passed Segue helped us manage and close out his estate.

You don’t go through this process very often, my brothers and I were not prepared for it, it happens very quickly and unexpectedly when it happens. We got lots of advice from social workers, people at the retirement village, at the Aged Care facility but it was all piecemeal when it came to finances, entitlements, projected costs. Segue were the ones who could pull all the aspects together and put it all in perspective.

We met with them several times, and they provided phone and email support as required. Nothing was too much and I cannot thank them enough for their support during this difficult time.

I have no hesitation in recommending Segue’s aged care and financial services.
Peter - North Sydney
As Power of Attorney for Joan who needed to enter Aged Care, it was going to be a daunting task for me. Up to and at this time, I had never had to look after someone else’s affairs. To cut a long story short, I made an appointment with Segue and did not know what to expect. Segue put a strategy together to show how Joan could afford the care she needs and deserves, as well as co-ordinated and communicated with Centrelink on our behalf. I was pleasantly surprised with the advice received on Joan’s behalf and I rest easy knowing that everything is being looked after. All I know is that I for one am a happy Client on Joan’s behalf.
Sandra B - Hughesdale
My parents have been clients with Segue for many years. Segue have provided invaluable assistance with getting my parents an Age Pension, helping them understand the financial implications of relocating interstate and more recently putting strategies together for a move to Aged Care. All calls to the company are returned immediately and I now feel so comfortable discussing any of our affairs with them and are so pleased that they have made things easier for my parents. As my husband and I are now approaching retirement age ourselves, we will be continuing our relationship with Segue into the future with the upmost faith in the company.
Kerren - Normanville
Our stepdad had to go into Aged Care in 2018 and our mother in 2019. Our stepdad had to be moved into a second Aged Care home with mum in early 2019.

As you can imagine the process was long, emotional and very complex for all involved. Both of them were receiving pensions and had other finances to manage. Nadene helped us determine the best way to pay the Aged Care costs and was totally responsive to all our enquiries. She was patient and considerate and showed great compassion and empathy. Segue navigated Centrelink for both our parents and the financial process and explanation of.

We as a family can’t recommend Segue highly enough, they go above and beyond for their clients.
Cathy, Jim, Sally & Gerry - Griffith